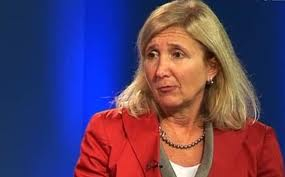 Please let me be an MEP again. I need the money!

Our readers will find the following two emails of interest. They concern the forthcoming MEP selection process and how Farage will have the final say on who's selected to stand in 2014. They confirm that UKIP is a dictatorship under one man - Nigel Farage! Batten's comments regarding the last NEC meeting are also most illuminating!
However, we have very little sympathy for these two individuals. Let us not forget that Ms Andreasen was quite happy to benefit from a previous rigged selection process: LINK
And Mr Batten was content to remain silent when complaints were brought to his attention regarding the same subject.
They are now only expressing concerns because both their seats are due to be handed over to Farage sycophants in 2014. So excuse us if we fail to shed any tears over their imminent deselection!

I have recently received information from Gerard Batten (see below) about the procedure that the NEC will be implementing for the coming 2014 European elections.

I am of the opinion that the process, under which I was put second on the South East list in 2009, was a satisfactory one, notably in regards the involvement of the regional committees and the exercise of democratic rights by the members.

Under the new rules, the Regional Committees will not establish the list of candidates; this will be determined by the NEC after certain interviews. More importantly the local party members will not have any say over the placement on the list, who you would prefer to see elected. Instead this will be done under the auspices of the NEC, but in reality by the Party Leader.

A sitting MEP will not know if they will be permitted to stand again until literally just before the polls, giving no time to prepare or run a campaign or operate in a normal way. I value and respect your views as local members and activists. If you no longer want me to represent you, then that should be your choice.

This restriction on communication is against my mandate, and therefore illegal, and prevents me as an MEP and you as a party activist or member from doing our jobs, effectively shutting down the region for twelve months in terms of campaign preparation and fund-raising.

As UKIP members and activists we are justly proud of our position in favour of individual freedom and minimal state interference. It is why we work against the anti-democratic laws and the government by decree emerging from the European Union.

I work everyday to uphold these principles and further our cause locally and at national level through constituency work and our activities in the media.

While we learn about this selection procedure we are also hearing rumours about Patrick O'Flynn and the Hamiltons having already been given top positions on the list in the South East and South West.

I want to see UKIP getting seats at the next European and the General elections. It is one of the things I have been working for since I was elected, second only to the objective of getting the UK out of the EU. But these arrangements are not the way to achieve it. There is a danger of coercion and cronyism, which should have no place in our party.

I am writing to you to bring these concerns to your notice, and ask you to speak out to the party leadership if you share my concerns at the direction that the party seems to be taking. I also wish to say that I intend to continue to communicate with you to the extent that it is necessary for my functioning as an MEP, regardless of any possible sanction.

If you agree, I ask you to show your support by writing to the leadership to demand a more democratic and transparent selection process which allows your voice to be heard and respected.

This would also have the benefit of allowing candidates to be selected in good time, and for sitting MEPs to function effectively both as MEPs and as candidates.

It seems ironic that a party which stands on a platform of opposing the undemocratic decrees of the institutions of Brussels is in danger of mirroring those very same methods. Thank you for your time and trouble in reading this, and for your continuing support.


MEP Selection 2014.
This subject arose towards the end of the meeting. Party Chairman, Steve Crowther, gave verbal report outlining the proposals for MEP selection in 2014. He said that written proposals would be circulated later.

I summarise what he said (I hope accurately) as follows:

Objectives
These are threefold:
1. To ensure all MEP list are made up of quality candidates.
2. To maximise the enthusiasm of the activists and members
3. To avoid the perception that the Leader has picked the candidates

The Process
1. This would begin in the New Year, and finalise just before the 2014 elections begin. The process is summarised as follows:
2. Nominations to open in early 2013
3. Applications for one Region only
4. Assessment of candidates for March 2013
5. Assessment to include: retrospective assessment of existing MEP performance; psychometric testing; media testing; etc
6. Provisional selection would be by a ballot of the Region’s members, but this would only decide the list not the placing on the list
7. NEC to discuss candidates if any problems perceived
8. Regional list places to be decided by a ballot of the members in the first quarter of 2014
9. Formal adopting of candidates by the NEC just before the campaign begins

Further conditions
Steve said that during the period 2013-2014 sitting MEPs would not be allowed to communicate with their Regional membership as this gave them an unfair advantage. Not deciding the places on the list for twelve month it was proposed by Steve that this would stimulate competition in the Region between the candidates in terms of positive activity.

I made the obvious point that MEPs not being able to communicate with their Regions would impede them from doing their job, and would impact adversely on the members' perception of their performance. It is also totally impractical since MEPs cannot be prevented from communicating with their constituents who may, or may not be, UKIP members. I made the point that sitting MPs and MEPs etc would always have an advantage over other candidates (unless they were seen to underperform) and that other parties usually had some kind of preferential system for them.

I repeated my view that the best system would be as used before: for the Regional members to rank the candidates twelve months before by a ballot; if the lead candidates proved themselves unsuitable before the election they could be removed.

Paul Nuttall made the point that this process would effectively shut down the Region for twelve months in terms of campaign preparation and fund-raising.

At this point I had to leave the meeting.

I understand from others at the meeting that Nigel then returned to the meeting (having been absent for this part of the agenda) and on being told what had been discussed said that a secondary ballot with members ranking the candidates was unnecessary and the ranking would the decision of the Leader and NEC. Nigel also thought that we should have the flexibility to slot people in at the end of the process.
Posted by Junius at 19:37