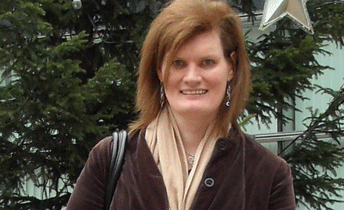 Nikki's battle to get Britain out of the EU continues to go from strength to strength. She has appeared on radio, TV and in the papers taking about her referendum campaign.

It came as no surprise to hear that Farage was extremly unhappy with this - his fragile ego won't allow anyone to upstage him - and so sought to spike her guns by urging UKIPPERS to back the Daily Express Petition instead.

UKIP has thrown its weight behind the Daily Express ePetition calling for a referendum on the EU, with just 100,000 names needed before the Government considers a debate in Parliament on the issue.

UKIP Leader Nigel Farage urged all Party members and supporters to add their names to the ePetition as soon as possible.

Here is a recent email message from Nikki:
Dear ALL Campaign Supporters

May I take this opportunity of thanking you for your continued support of the campaign for a referendum on our membership of the European Union.

We must remember that our unrelenting membership of the EU is now costing us £48million everyday and with our own Government cutting budgets in almost all areas our sustained membership is unacceptable.

The Campaign for referendum has over the last ten months been received extremely well in all areas of the political spectrum. I am happy to announce that the campaign has almost reached its target.

We are still out every week with our campaign vehicle, engaging and educating the public. This week we’ll be in the Market Place of Stafford ( West Midlands).

Also this week we are stepping up the campaign with our Target 5,000 push where we want to add an extra 5,000 names is just ONE week so we can really send the political elite in Westminster a clear message of just how many of you want a say on our relationship with the EU.

To help reach our target PLEASE respond to this email for more petition forms or alternately you can download some here http://www.haveyoursay.eu/pdfs/petition-form.pdf
if you are able to get more of your friends and family to sign up to our campaign. If everyone would be able to find just a few new referendum supporters, our numbers will quickly multiply.

Please forward this email onto your all your email contacts and ask them to sign the petition now at:

Campaign for an EU Referendum