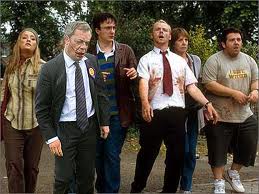 Hold an election with Lisa 'scuffy' Duffy as RO - a woman with the brains of a housefly. Don't get the result you expect. Cancel the election. Then get Steve 'make me an MEP' Crowther to claim it never happened. Even Hitler didn't do that! Just ask Olly Neville!

Olly Neville in his words

I'd never been attacked by a political party before, not until I was fired as Chairman of UKIP's youth wing for supporting Equal Marriage. The attacks aren't as scary or as powerful as you might fear, but then that might be because it is UKIP.

In a wonderfully patronising article, Janice Atkinson tries to do all of these at once. She also makes the pitfall of trying to claim she loves young people in politics while constantly calling them kids, and claiming equally that 'kids' shouldn't be silenced, but then they should if they disagree.

So if you will indulge me (I am as bored of this subject as anyone but if UKIP members keep wanting to 'set the record straight' I will probably have to keep correcting them) I will, hopefully once and for all set out what happened.

I was elected YI Chairman after the resignation of Harry Aldridge in November 2012, as former YI Yorkshire Chairman Arnie Craven (who supported the other candidate in the election) notes the National Executive Committee of UKIP cancelled the election after the votes were already in (and after voting had been open for a week) claiming a lack of rules. If my election was invalid so was every single election in YI's history, but that was calmly ignored.

With almost 2/3rds of the vote and the largest ever support in terms of absolute numbers it is a bit cheeky of UKIP to claim I had no mandate. The YI council in the end co-opted me as Chairman using the votes as a 'consultation exercise'

I was then put on the World at One by the Party to talk about the rise of Young Independence. When asked about my opinion on Equal Marriage I stated UKIP policy and then stated my own opinion, which according to the UKIP rule book I was entitled to do '

L.12 UKIP candidates, elected members and officials are entitled to disagree with official Party Policy. When making public statements which are at variance with official Party Policy they must make it clear that they are giving a personal view. Any such statements must be made in a constructive manner and not harm the image of the Party or risk bringing the Party into disrepute.

The fallout for this, which some helpful person has turned into a Downfall parody, was what can only be described as a shed load of emails from the Party Chairman, NEC members and some MEPs, some insulting in nature. I replied asking why Nigel Farage was allowed to publically state he was pro legalisation of drugs. At the time Party Chairman Steve Crowther emailed me to tell me that Nigel's views were 'in line with party policy' showing any argument that I was fired because I support drug legalisation to be a fabrication. When I appeared on Gaydio with Richard Lowe who was also fired from his position as a Parliamentary Candidate for supporting equal marriage the London Chairman for the party seemed to suggest that it was one rule for Nigel, one rule for everyone else.

In fact when Steve fired me he clearly stated it was for policy issues. The only policy I had disagreed with UKIP on (publically and during my time as Chairman) was Equal Marriage. Indeed the fact that UKIP does not seem to be able to come up with one coherent alternative as to why I was removed and has gone with a scattergun approach of 'say as many things as possible in hope that something sticks' only seems to confirm this. Firing a second member for the same reason is the final nail in the coffin.

All this from a party that claims to value free speech and would rather 'eccentrics' and 'free thinkers' than the bland and boring. It seems to me that UKIP support free speech, as long as you are agreeing with them.

And finally am I libertarian? Yes. Am I a hardcore libertarian best described as an Anarcho capitalist? Yes. Are UKIP (despite claiming to be so) ? Absolutely not. I believe that force and coercion are morally illegitimate and that interactions should be voluntary, and have asked philosophical questions about whether it is morally legitimate to ban consensual incest. UKIP knew I held these views years ago, I never advocated them as party policy and they had no role in why I was fired. It begs the question however, if they were ok with me holding these views, but not ok with me being pro Equal Marriage then does that say more about me or them?