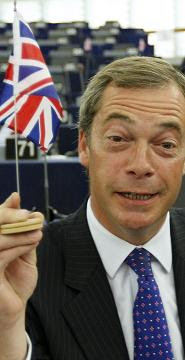 There was a certain amount of controversy a while ago concerning allegations that Nigel Farage had put his son, Sam, on the payroll alongside his wife. The story was untrue, but as they say, there is no smoke without fire, and the truth can now be told.

It was allegedly Graham Booth who arranged for the younger Farage to take up a position in a well known retail outlet in the south west; the proprietor being a long-standing UKIP supporter. Sadly, something did not go well, and the youngster was allegedly dismissed on his first day, causing bad feeling all round.

The exact circumstances surrounding the episode are unclear.
Posted by Junius at 15:31