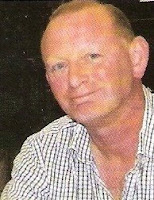 David Challice is UKIP’s Administration Manager. Peter Reeve is the Regional Organiser for the Eastern Region. They are also Farage sycophants and liars.

When Robin Page fell ill he asked Peter Reeve if he could help him get his MEP nomination papers signed. Reeve readily agreed to this. David Challice also confirmed that this would be acceptable.

Imagine Robin’s surprise when David Challice later informed him that he had missed the deadline for nominations and was therefore barred from being considered as a candidate. Reeve and Challice’s promise of extending the deadline and getting Robin’s papers signed had been conveniently forgotten.

Both Peter Reeve and David Challice had misled Robin. It would seem that there had never been any intention of helping him get his papers signed or processed. It was simply a delaying tactic. Unfortunately Robin had been too trusting.

This deceit can be traced back to Nigel Farage. Nigel did not want Mr Page as an Eastern Region MEP. The last thing Farage needed was an independently minded man on his team. Nigel likes his MEPs compliant.

Nigel had also promised the lead position to David Bannerman and could not take the risk that Robin would top the poll.

Farage took advantage of Robin’s illness as it provided him with a golden opportunity to deal with Robin before the MEP selection process had even begun. It saved Nigel from fabricating reasons why Robin had ‘failed’ the media interview or the MEP selection interview.

Challice lied because he did not want to upset Farage or lose his well paid job. Reeve lied for the same reason.

What a despicable pair!

But you knew that didn’t you? Lying is now an essential part of the job if you want to work for Nigel.

More on liar Challice soon!
Posted by Junius at 18:12