Even in an uncertain world, certain predictions can be made with a high possibility of them being correct. Thursday. May 5th, 2016, will be the likely date for the EU in/out referendum, and that will be a post-Assad era in Syria. British and American troops will be involved in Iraq, and a new settlement will develop with surprising speed. A plea from the government to trust them to protect British interests in Europe will have strong credibility against this success.
A European Monetary Fund (EMF) will be established in London, and that will be the banker of last resort for the Euro, and managed by City nominees. The Greek euro (G.E.) will be a drachma by a new name, but with its own exchange rate. To keep Greece free of Russian involvement, increasingly Greece’s GDP will be supported with NATO contributions. The Americans will not countenance a EU/Greece solution which fails to isolate Greece from Russia.
The Scots will remain more an irritant than a real economic problem. They will be told in strong language that they will not be allowed to continue sharing the pound sterling, but can now be a participant in the eurozone supported by their own deposits with the EMF.
What role in these developments will UKIP have? The prognosis is not good.
A BBC film now in the making, will be focused on Bournemouth. The average UKIP supporter will be represented by Vanessa Coleman, a former convicted criminal who managed two local brothels with a speciman  account of £640,000 pre-tax revenue for just one year. Her business talents are now being used as the local  UKIP fund-raiser. It is claimed that UKIP is both libertarian and pro-business and the BBC intends not to ignore both gifts possessed by this one member. It is to be marketed as a, ‘scripted reality show’. Karl Marx said that history always repeats itself. ‘First as tragedy and then as farce’. This scripted reality show is intended forlovers of farce, and every word will be true
Members of UKIP, many of whom among the older generation who have opposed the European project since the 1959, Stockholm Agreement, have to watch this spectacle in what could be its final chapter. The NEC are fully aware of this Ms Coleman’s involvement. Indeed, Neil Hamilton has visited Bournemouth’s UKIP headquarters and given her enthusiastic support. These whole squalid events have received the endorsement of the most senior members within the party. When Nigel Farage is privy to the concerns of many party activists, but ignores them, can he be surprised when those such Stuart Wheeler deem him the wrong man to lead UKIP’s referendum campaign?
If we do not have saboteurs from within, we certainly have twenty-four carat ignoramuses holding strategic positions. As Cromwell said; ‘I beseech them in the in the name of Christ to depart.
Fabius  Maximus
Posted by Junius at 20:57 No comments: 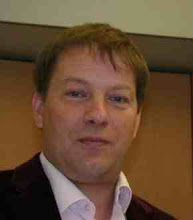 George Bernard Shaw is attributed with the quote that, ‘England and America are one nation, but divided by a common language’.
It could be said that the National Union of Journalists (NUJ)  and t (CIOJ) is one union but divided by a common objective. The first has about has about 36,000, members and assets of some £3.3.million.The CIOJ has about 1700, members and assets in excess of £2.5.million. When a minor organisation has such assets which are the result of historic inheritance, the very nature of that organisation should be carefully examined. What control and purpose has the CIOJ?
They have an orphans fund which was established in 1891. I wonder how many orphans the NIOJ have assisted of late?
They also have a Benevolent Fund for distressed journalists. I am sure that they exist in greater numbers than orphans. They also have an anarchistic view towards the law. They want law kept out of journalism, not withstanding that their president-elect has been a frequent litigant himself.  When the courts, however, ruled against him, he ignored their judgements. That has neither ethical merit or consistency. While the CIOJ  claims to be apolitical, Mr Croucher is a political adviser to UKIP. Again, consistency appears to fall at the first fence.
Their latest crusade has been against the Privy Council. The proposal that general journalistic standards should be founded on a Royal Charter, is anathema to them. By some curious process of reasoning, they believe that such a Charter would compromise their own. That is about as valid as arguing that the Charter granted to the Open University, could challenge that of Oxford. Could they cite an example of one Royal charter compromising that of another? Is it surprising that the CIOJ are becoming subject to closer scrutiny as January 1st 2016 approaches.
Should appliances easily bought in the USA, for computer interrogation, be as equally permissible as phone tapping? There may be some evidence that some CIOJ  support such practices.
Fabius Maximus.

Searchlight; a tool of UKIP and the £2.5 million . Will it be used to pay off the incoming President's court fines ?‏

Some time ago, in her predictably professional style, ‘Barboo’ quoted from a previous posting by Mark Croucher, on British Democracy Forum, proclaiming his assiduous pursuit of those who are of interest to Searchlight.
He was not toiling alone, for Jim Carver was doing likewise, and they were sharing their research with ‘Unite Against Fascism’. Mr Carver is now a MEP, and it must be presumed that their work continues. They labour for the political soul of this nation, and Mr Croucher is also a political adviser to UKIP.
Let us reflect on these issues. UKIP in the European Parliament work with numerous people who would not be allowed to be members of UKIP in the United Kingdom. To complicate the matter further, on more than one occasion, the election agent for Nigel Farage MEP, has been Martyn Heale a former district organiser for the National Front. Against that situation, the pretence of being strict when it comes to extremism, is devoid of all credibility and moral content.
What fatuous political advice has Mr Farage been receiving of late! The electoral support for UKIP comes disproportionately from the older population. That group often own property which is liable to appropriation by their respective councils to pay for residential care in old age. In addition, one in four of the over- forties are in receipt of significant financial aid from their elderly parents.
Unemployment, divorce, mortgages and school fees, are some of the reasons for this continuing parental assistance. Once Nigel Farage assured the electorate that an American-style insurance scheme would be necessary for NHS  medical treatment. UKIP’s election campaign ended at that moment. It uniformly terminated all hope of significant electoral success. As one of his political advisers, can we see Mr Croucher’s rebuttal of Mr Farage’s NHS policies.
In Mr Croucher’s presidential role at the Chartered Institute of Journalists, is he anticipating a membership comprising of those journalists who are avidly right-wing, and sympathetic to the Institute’ £2.5 Million nest egg being used for those projects which he has historically been associated?  Or, to pay off his court fines with associated interest ?
Fabius Maximus.

A week is a very long time in politics 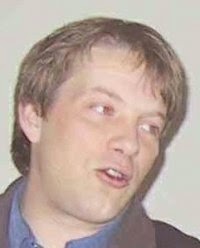 'A week is a long time in politics', as we were assured by Harold Wilson in the 1970's. Nigel Farage is living proof of Harold's experience. From being close to despairing only a few days ago, he is now anticipating another two decades of being UKIP's leader. What could be the reasons for this transformation?
UKIP's free lance journalist and political adviser, Mark Croucher, is poised to become the president of the Chartered Institute of Journalists (CIOJ).
Normally that would attract little attention, but this gentleman has a history of being an informer for Searchlight. A free press, while journalists are presided over by a Searchlight functionary, is a precarious balance. Caligula only suggested that he made his horse a consul: no suggestion that he made his chief jester the senior mourner in the castle.
Fabius Maximus.

Mark Croucher and the Chartered Institute of Journalists: Questions that must be answered! 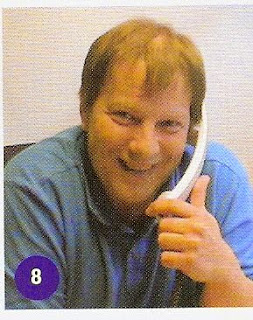 January 1st 2016 will be an important day in the history of the Chartered Institute of Journalists (CIOJ). With a royal charter to their credit, and assets currently in excesss of £2.5 million, their new president in January 2016 will be Mark Croucher from UKIP.

This seems to suggest that the CIOJ will be decidedely left-wing, because Anthony Scolefield (UKIP) placed in the public domain that Mark Croucher, UKIP’s Communications Director (2001-2007), vetted on behalf of Searchlight all those who sought membership of UKIP. Presumably, the membership of CIOJ will soon be subject to the same scrutiny? Is this the kind of control which the National Union of Journalists complained about during the Leveson Inquiry? This must be the most direct form of political control that any journalist could be subjected to in a free society.

Having accepted this prestigious post, can it be assumed that the £8,000. costs awarded against Mr Croucher by the Cardiff County Court on March 18thth. 2010, have been paid in full? Clerical matters such as these must be addressed when fame beckons.
Fabius Maximus. 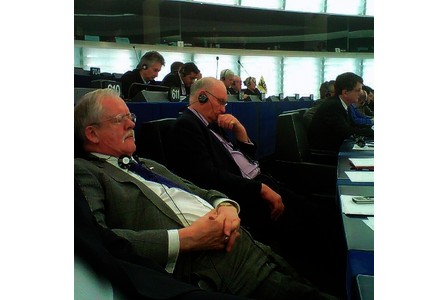 http://www.mepranking.eu/8/state.php?st=GB#ranking
Posted by Junius at 12:51 No comments: 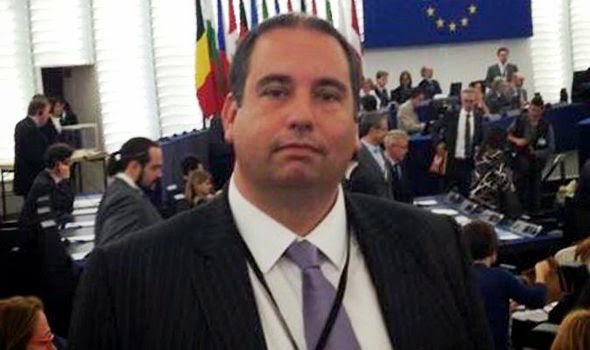 Well, we all know that Bill Etheridge is a complete waste, not only of taxpayer's money, but also of perfectly good oxygen. But given the increasing burden of the EU institutions on the taxpayer, could he not have done a bit to help and at least turn off the bloody neon sign in his office window in the European Parliament?

Yes, it is sad but true. Etheridge has a neon sign proclaiming his own name in the window of his Brussels office, and it blazed away, wasting electricity, throughout the Parliament's two week break.

Even the security guards and the cleaners are laughing at you Bill!