And now we see further evidence of the schism at the top of UKIP. 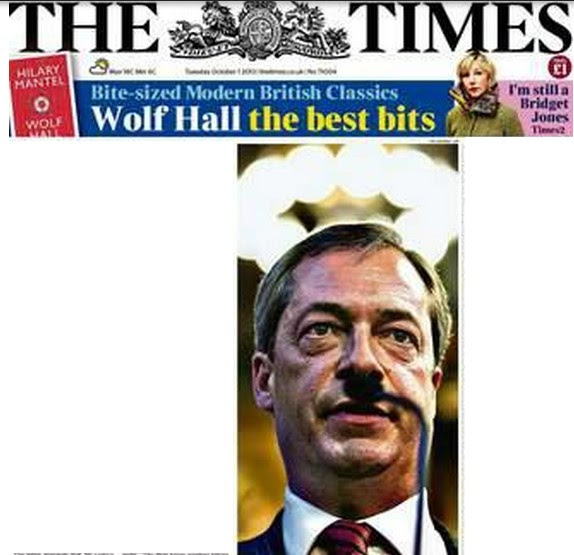 Then the resignation from the party of former Deputy Leader Mike Nattrass, amid allegations about eerrrr.... Nigel Farage's leadership syle.

Then we had a leak from the press office which led to some uncomfortable moments Chez Farage, but the least said about that the better. (For now, anyway!)

Now, an astonishing insight into an issue that has always divided UKIP the nearer one gets to the top. "Farage gives green light to election deals with Tories to ensure Ukip candidates do not stand against Conservative MPs." says today's Daily Mail.

"UKIP-Tory electoral pact not on agenda says Diane James." on the BBC yesterday.

LINK
So which is it to be?

There are one or two elements close to Farage who would like to see Ms. James taken out quickly. This might be the chance.