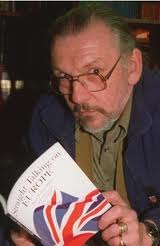 it seems strange that the suppression of this posting has been made as the text seemed to be nothing more than a series of statements of fact - surely it can not even in the burgeoning police state, that seems to be the way forward of The EU, that it can already be legitimate to suppress facts and the truth!

I would contend that all that Junius would seem to have done was show the close linkage of Gerard Batten with criminals and extremists like Gregory Lauder-Frost and variouys extreme right wing groups.

Can it be that MEPs can now abuse their positions as elected representatives to hide fact6s about themselves. 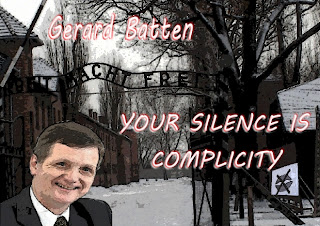 It is hardly a secret that Gerard Batten has some particularly odious views based on what would seem to be verging on incitement to hatred towards followers of Islam - presumably based on his own religious supertitions and as his wife is/was Philipino may it be that he is representing an extreme Catholic viewpoint ratjher than the genuine interests of his electorate at large in The UK.

That Gerard Batten has been a guest speaker at some organisations which I and others may consider extremist and has published racist positions regarding creed is surely a legitimate issue for discussion when related to an elec ted individual feeding from the public purse.

I have a copy of the text removed FROM Junius and can see no slander, insult, libel or the like in that text - It would seem to be a statement of facts each seemingly easily verified.

IF Gerard Batten believes that Junius has posted incorrect FACTS then surely his first course of action ethically is to contact Junius and ask for the removal quoting his grounds NOT to use his elected position to promote what many would see as his deeply offensive and seemingly extreme right wing views and association with criminals and extremists.

For more on Batten, the far right and Lauder-Frost see the Gerard Batten blog: LINK
Posted by Junius at 08:23