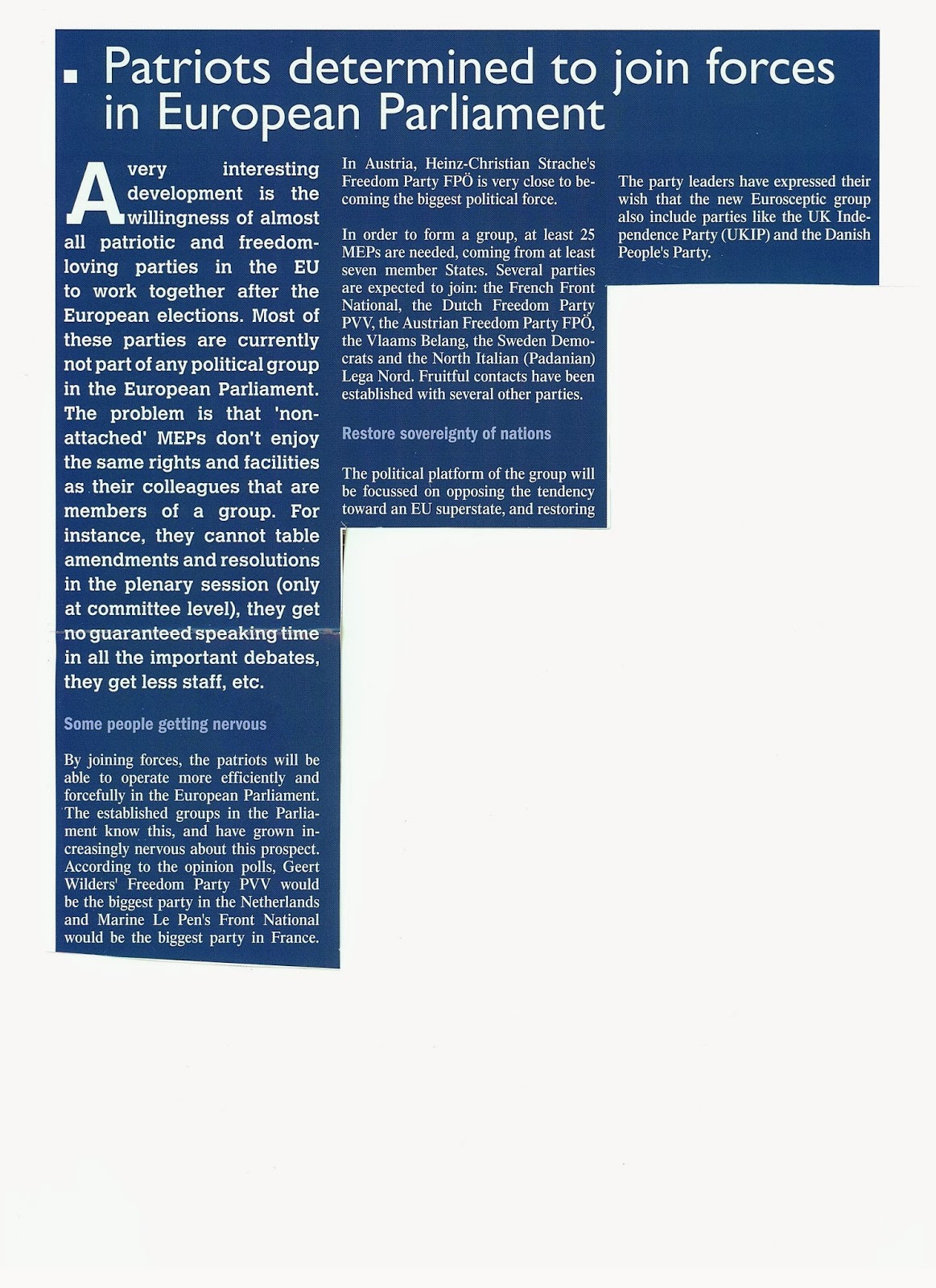 It hasn't been a good week so far for Nigel Farage's UKIP.

It will get worse, we predict. Much worse.

There has been rather a lot of negative coverage in the British press, but our attention has been brought to an interesting little snippet from the in-house newspaper of the neo-Nazi Vlaams Belang. It refers to the soon to be formed far-right group in the European Parliament.

Nigel Farage has strongly denied any interest in this project, although we are well aware of which of his MEPs and staff have been involved in the negotiations.

The final para of this little gem suggests that Marine Le Pen et al are still confident that once the elections are out of the way, and Farage faces being with a political group for UKIP to sit in, he will have a change of heart.

Remember how Farage defended Vlaams Blok when it was forced to disband due to racial offences?

Its nice to know who your friends are, Nigel!
Posted by Junius at 11:02

it is a good job someone wants Nigel Farage

it is interesting that Nigel Farage promised, on Andrew Neill's TV show on Sunday, that if he had employed a mistress it would be a matter over which he resigned.

We have the fact that there was a time when Farage had a sexual relationship with Annabelle Fuller, confirmed by Mike Nattrass & Nikki Sinclaire and I at least.

Let us set that aside, he also had Aurelie Laloux on UKIP/EFD payroll subsequent to his sexual relationship with her prior to passing her on to Paul Nuttall.

I personally have no faith in Farage's integrity, he sounds all too like Bill Clinton with weasel worded denials of sex and twisting meanings to suit!

So can we trust Farage to resign - as a leader, an MEP and as a member of UKIP?