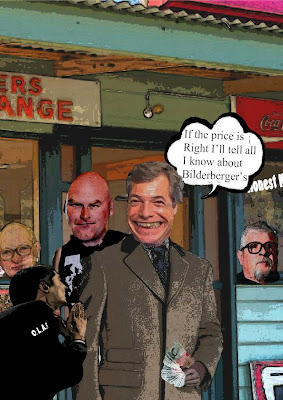 You may recall that Gerard Batten has been helping Mario Borghezio, Lega Nord MEP, promote a book on the Bilderberg Group and other assorted conspiracy theories. June 1st is the big day for the launch! See: LINK
We note with amusement that Farage is also keen to promote the book.
How times have changed!

In 1997, Rodney Atkinson published a book entitled 'Europe's Full Circle’. A large amount of the book was devoted to the Bilderberg Group. In 2000, the contents of this book were used by Farage as the basis for a series of attacks on Mr Atkinson after the author decided to stand for election as UKIP leader.

Atkinson was accused of being obsessed with conspiracy theories and was rather uncharitably branded a 'wacko'.

We can only assume that Farage was hoping that UKIPPERS had forgotten about this! 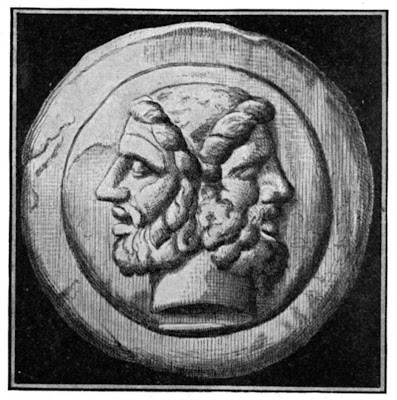 As Andrew Edwards has said:

"If Farage was to believe in a god it would most probably be Janus!"
Posted by Junius at 13:19

Farage and his team must be supportive of Conspiracy Theorists as many of them have appeared on the Alex Jones Radio Programme during the last 12 months (www.infowars.com)

So no-one should be surprised.