UKIP V ELCOM: The law is clearly an ass 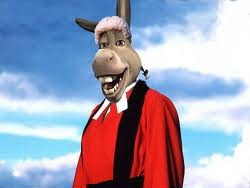 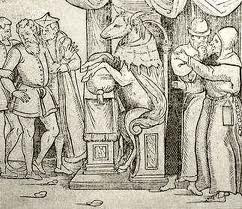 Here are the facts:

The case concerned illegal donations made by Alan Bown to UKIP between Dec 2004 and Jan 2006. The donations were illegal because Bown was not on the electoral register.

ELCOM warned UKIP on 67 separate occasions that the donations were illegal. UKIP’s leadership ignored EVERY warning and continued to take Bown’s money.

Andrew Smith – UKIP treasurer at the time – even recommended misleading ELCOM over their failure to comply with the rules:

Thank you Geoffrey for organising the meeting. We need to give the Electoral Commission every reason to believe we are serious about compliance, in order to provide the next Party Treasurer with a good story to tell when we next fail to meet the statutory requirements.

They should be invited to any big regional meeting and to Party Conference to speak at least to a break-out meeting to Treasurers.

It would have been a suitable event for prospective Party Treasurers to learn a lot about what the job entailed. Were any of them there?

I thought the practical points which emerged, in the absence of the Electoral Commission, were a lesson for the NEC on what their priorities should be. The branches are crying out for better admin and they are full of good ideas.

I hope the NEC takes good notice of your report of the meeting.

And yet, despite this the Supreme Court has ruled in UKIP's favour!

One can only question the competence of those judges involved in this crass and inept decision. A sad day for British justice and a Pyrrhic victory for UKIP.

UKIP will still have to pay the original magistrate's court forfeiture, something that David Abbott - a former UKIP NEC member - urged Farage to do at the time:

“At the time of the original hearing the NEC had members who recommended paying the 18,000, admitting the party's 'error' and getting on with campaigning. The secretary (who is a famous West End lawyer, according to Mr Farage), and Mr Farage himself were ardently against this sensible approach.”

Farage also ignored GLW's warnings and advice at the time.

So what was it all for? Wasted time and effort brought about by Zuckerman and Farage's original refusal to listen to sound advice that UKIP should apologise and pay up.

A statement from ELCOM:

The Electoral Commission – the independent party funding regulator – has said it will carefully consider the implications of the Supreme Court’s decision for how donations to political parties that have come from an impermissible source are dealt with in future.

In 2007, the Commission sought forfeiture of £367,697 in impermissible donations accepted by the United Kingdom Independence Party. These 67 separate donations were from an individual not on the electoral register and a company not registered under the Companies Act 1985. The Magistrates Court found that all the donations were from an impermissible source, but ordered forfeiture of only £18,481 of this amount. An appeal from the Commission after consideration by the High Court led to a judgment in October 2009 by the Court of Appeal that the law required all impermissible donations to be forfeited, other than in exceptional circumstances.

Lisa Klein, Director of Party and Election Finance at the Electoral Commission, commented: “Throughout this process, we have made clear that what we wanted to achieve was clarity about the way the law should be applied. Today’s Supreme Court judgement sets out how the rules on forfeiture apply to impermissible donations. The law on what an impermissible donation is has not changed.

Political parties need to raise money to develop policy and communicate with voters. Parties need to be clear about the rules that apply to raising money. And voters expect the Commission, as the independent regulator, to hold to account those who do not comply with those rules.

The Supreme Court has now set out how the rules apply to donations from an impermissible source, and we will carefully consider the implications of the judgment for how impermissible donations are dealt with in future.”

In February 2007 the Commission decided to seek forfeiture from the United Kingdom Independence Party of donations amounting to £367,697 from Alan Bown and Nightech Ltd. These 67 separate donations were received between December 2004 and January 2006. These were from impermissible sources as Mr. Bown was not on the electoral register at the time of making the donations and Nightech was not registered in the UK under the Companies Act 1985.

The application by the Commission for a court order for forfeiture was heard at Westminster Magistrates Court in July 2007. In August 2007 the District Judge ordered that UKIP should forfeit £14,481 of donations given to the party by Alan Bown. The Judge also ordered them to forfeit the £4,000 from Nightech ltd.

Given that the District Judge did not order forfeiture of the full amount, although they found all donation in question to be from impermissible sources, on 28 August 2007 the Electoral Commission applied to the High Court to review the Magistrates Court judgment to ensure there was clarity in how the law should be applied.

On 19 October 2009, the Court of Appeal unanimously upheld the Commission’s appeal concluding that, in all but exceptional circumstances, political parties should give up in full donations accepted from impermissible sources. UKIP appealed to the Supreme Court, and the Supreme Court hearing took place on 8 and 9 June 2010.

For more on this: LINK