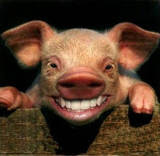 1. Why are you still promoting the lie that you are related to a former prime minister? You KNOW that you are not.
2. And what about your plans to oust Nigel Farage and replace him as leader of UKIP? Still getting your supporters to brief against him in Brussels and the UK? And what has the odious Paul Nuttall - Farage’s favoured successor - got to say about this?
3. Still promoting the lie that you were a key player in Northern Ireland’s ‘peace process’? Funny how none of the real key players can even remember you.
4. Still claiming to be a successful scriptwriter? So have ANY of your scripts been published? And have ANY of them been made into films?
5. Wasn’t it rather silly of you to make it known to Peter Reeve and others that you would continue to employ him as Regional Organiser for the Eastern Region if you got elected as an MEP?
As Peter Reeve was one of those sitting on the interview panel shouldn’t you have asked him to withdraw from the selection process as he clearly had an interest to declare?
Many would say that the guarantee of a £30,000 job could have made him rather keen to get you elected!
6. So how much are you going to donate to UKIP's General Election fund?
7. When do you intend to move to the area that you were elected to represent? According to UKIP's official database you are still living in Acton.
8. Still looking for that special lady to share your life with?
Posted by Junius at 09:59