Kim Gandy: Nigel Farage opens his arms to embrace yet another extremist in the UKIP ranks

﻿The name of Kim Gandy is causing a bit of a stir in UKIP circles at the moment. The East London Advertiser is also taking an interest in her, not least because of the fact that a senior UKIP figure in London is facing serious allegations, and his case would not be helped in the least by the exposure of bigotry within UKIP in London.


On February 11 2011 Ms Gandy posted a photo of 2 'Love Music, Hate racism' activists on Facebook, along with the comment "Scum like this should be sterilised at the very least".

She also appears to be connected with a website, 'The British Patriots Society'. http://www.britishpatriotssociety.co.uk/index.php?option=com_content&view=article&id=92:labours-own-goal-the-desecration-of-british-multiculture&catid=46:kim-gandy-articles&lang=en Note the url actually contains Gandy's full name.

On this website, she refers to Muslims as "the lowlife scum society of Extreme Islam". She appears to like the word "scum".

She stood as a UKIP candidate in Basildon in 2011, and. she puts out UKIP leaflets in other parts of east London.  http://www.electionleaflets.org/leaflets/4957/ 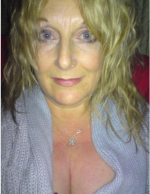 Gandy, formerly a member of the English Democrats, and allegedly linked with the EDL, is an object of ridicule. She was the subject of a mocking e-petition (which, unsurprisingly, was rejected!) http://epetitions.direct.gov.uk/petitions/18208

Olly Neville, posted an article on Independence Home on January 18th which has this to say about Gandy:

"I have never felt compelled to write an article on a nobody but I feel the nobody that is Gandy raises a lot of issues about UKIP...

Since I have known of Kim Gandy for many years, including when she was a die hard supporter of the English Democrats nothing she says, thinks or does surprises me. What does surprise me and make my stomach churn is the continuous and purposeful refusal for UKIP members as a whole to do anything about her. Even before she joined UKIP her behaviour was known. Regardless of her grandiose claims she did not leave the anti-unionist English Democrats party and join a pro-unionist party like UKIP. She was kicked out. So her behaviour is not new but has been a continuous disgrace on UKIP."   http://www.indhome.com/2012/01/curious-case-kim-gandy/

Gandy claims that she influenced Nigel Farage into changing UKIP policy by supporting the concept of an English Parliament. http://englishpassport.org/2011/03/06/ukips-english-parliament-supporters-distraught-after-failure-to-change-english-assembly-policy/

Now that is interesting - how might Gandy gain influence over Farage? She has what he likes very much, a rather large derriére, and they do appear to be very close!

Just for clarification, the article on IndHome was submitted and asked to be put on anonymously

Olly was the admin who dealt with the request, not the author