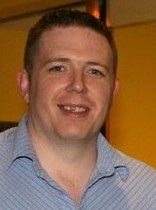 Are you going to post my reply to your fellow UKIP-hating retard Steve Uncles' post? Or were you just so excited to read some gossip about someone you've consistently failed to bully and intimidate that you couldn't resist the temptation to post some of your usual insulting, incoherent bile without looking any further than your mate Uncles' English Pisspot blog?

one has to wonder at the basic sanity of Stuart Parr with his foul language and childish behaviour so consistently telling provable lies.

That he follows this chap Uncle's postings so closely is hardly surprising as from what I am told Uncles is almost as unpleasant.

Is Stuart Parr trying to pass the blame for his actions to what seems to be a chum called Steve Uncles.

I understand Uncles was at one time in the so called English Democrats and interestingly, as with the ED and other non event parties UKIP is joining with them to aid and assist The EU in their policy of divide and rule by campaigning for a so called English Parliament now that they have opted, it seems, to endorse The National Ass for Wales - too stupid to realise it is an anti British EU construct.

As a liar a cheat and a total low foul mouthed low life clearly Stuart Parr is in no position to berate those posting at Junius as just as when the fool accuses me of lies and other fantasies that suit his delusions - as yet Stuart Parr has TOTALLY failed to identify a single solitary error on any of my blogs and at a guess he like the other slime in the UKIP parasite claque he can be expected to lie and defame without substance.

I note like Independent UKIP, Gothmog, Skeptyk, SDP and the rest of the cowards and liars wonkotsane is too ashamed to use his real name and hides the identity of Stuart Parr in this childish device!

Do grow up you silly little chap, we appreciate you have no reputation to defend and use that fact to defame and lie in some impunity as a coward.