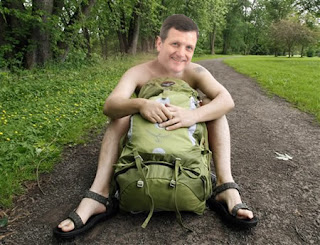 Just what has Gerard Batten got to hide?

Our readers will recall that Gerard Batten is facing allegations of racism, false accounting and fraud. LINK. It may interest our readers to know that Batten is being defended by Paul Diamond. Click HERE for more on this individual. And don't forget that Nigel Farage authorised UKIP/EU/EFD money to be used to fund Batten's defence.

We note that Batten has always been less than open when it comes to transparency. Please note that the MEP has always refused to reveal just how much he pays his brother for printing his leaflets and booklets. Here is an extract from Open Europe:

Incomplete answers - and uses a family member as a service provider

Here is an interesting email sent to GLW:

Re Paul Diamond, Batten's barrister,  only Counsel in UK with judicial warning for ‘dealings in travesty of reality’ using ‘extravagant rhetoric in his skeleton arguments’ and using ‘arguments which are to speak plainly simply wrong to the factual premises on which they are based’ – words of Lord Justice Munby and Mr Justice Beatson in R (Eunice Johns and Owen Johns) v Derby City Council with Intervener Equality and Human Rights Commission [2011] EWHC 375 (Admin) (28 February 2011).  Same judges also warn that Diamond has a habit of trying to mislead Courts and that Diamond has used similar rhetoric before Laws LJ in McFarlane v Relate Avon Limited [2010] EWCA Civ 880, [2010] IRLR 872, as well as Court of Appeal in Islington Borough Council v Ladele (Liberty intervening) [2009] EWCA Civ 1357, [2010] 1 WLR 955

Re Batten v Islam - he was speaker at the very first CounterJihad Conference in Brussels in 2007 that led to formation of Anti Sharia network in US as well as anti Islam movement in Europe and formation of EDL nutters in UK (attached).  His 'A Proposed Charter of Muslim Understanding' is formative document for these Neo Nazis.

Also I don't know if you are aware but Searchlight Magazine (one which exposes Nazis and racists has written in its March edition about Batten and Alan Lake) http://theenglishdefenceleagueextra.blogspot.com/2011/03/nick-lowles-searchlight-alan-lake-is.html  Also Alan Lake (Deputy Leader of EDL and chief financier) uses Batten's texts (stupidities) to galvanise EDL via his web page http://4freedoms.ning.com.  They are so closely connected that they are raising funds in US with Tennessee Freedom Coalition (US nutters) for Tommy Robinson AKA Stephen Yaxley Lennon, Leader of EDL for his legal fund

http://barthsnotes.com/2011/11/13/christian-concern-makes-new-link-at-nashville-anti-islam-conference/.  Diamond visited them in November.  Obviously journalists have found out about this and asked liar Farage in Guardian but instead of admitting what they are up to he simply lied and tried to say 'UKIP will abolish UKIP Burqa Policy'.

It seems that any cause that come with any money (even religious nutters money and/or Nazi money) is more important than anything to do with British withdrawal from EU.

Time to replace Gerard Batten as London's UKIP MEP! Reject his bid to seek a third term in Brussels! We need honesty and transparency in our MEPs! Batten fails on both counts!